Home » In The News » Jesse Jackson: ‘We Are Due a Different Kind of Recognition’

Jesse Jackson: ‘We Are Due a Different Kind of Recognition’ 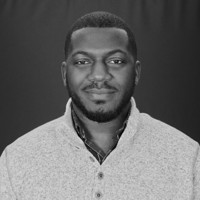 ADAM HARRIS is a staff writer at The Atlantic.

Jesse Jackson ran for president in 1984 with a lot of ideas and a little support, the second black candidate, after Shirley Chisholm in the 1970s, to organize a national campaign for the presidency. His presence in the race was a nuisanceto Democrats at the time who worried that his policy proposals were too left-leaning. But the “Rainbow Coalition” he cobbled together—an assortment of minority groups, black and brown people, farmers and poor factory workers, the LGBTQ community and white progressives—compelled them to deal with his ideas.

“Merely by being black and forcing other candidates to consider his very real potential to garner black votes, which they need, Jackson has had an impact,” the journalist Ronald Smothers wrote in a New York Times profile at the time. An aide for Walter Mondale, the eventual Democratic nominee, went a step further, telling Smothers, “Jackson’s being in the race gets more information on things such as South Africa, affirmative action and black colleges into Mondale’s briefing books.”

But in both his 1984 and his 1988 campaigns, Jackson was also pushing for something more tangible, and sweeping, than affirmative action: He was calling for reparations. Advocates had tried, with varied success, to attract broad political support for the idea since slavery was abolished more than a century before, and Jackson wanted to return it to the fore of American politics by placing it front and center in a presidential race.

Thirty-five years after his 1984 race, reparations is now top of mind on the campaign trail, and under discussion in the halls of Congress. Today, on Capitol Hill, the House Judiciary Subcommittee on the Constitution, Civil Rights, and Civil Liberties will hold a hearing on H.R. 40, a bill—reintroduced in congressional session after congressional session for the past three decades—that aims to create a committee to study and develop proposals for reparations. The panel will feature Senator Cory Booker of New Jersey, a candidate for the 2020 presidential nomination; the writer Ta-Nehisi Coates, whose 2014 work “The Case for Reparations” in The Atlantic reignited the national conversation on the issue; the actor Danny Glover; the economist Julianne Malveaux; and others. The bill has been supported by several Democratic presidential hopefuls, including Booker, who feel newly comfortable talking about reparations as an issue worthy of serious examination.

On the eve of the hearing, I spoke with Jackson about why he made reparations a plank in his presidential campaigns, the significance of the attention the issue is receiving now, and whether he has hope that reparations will ever be paid for slavery.

Our conversation has been edited for length and clarity.

Adam Harris: Take me back to 1984. It’s six years after Justice Lewis Powell and the Supreme Court uphold a limited form of affirmative action, and your campaign makes addressing historical inequities a central plank. How did reparations become an issue in your campaign?

Jesse Jackson: Well, first of all, we had been freed without being made equal. There’s historical continuity between blacks being amassed in prison after 246 years of legal slavery. When there was a contest about it [in Dred Scott v. Sandford], the Supreme Court ruled that blacks had no rights. [After emancipation and the Civil War] those who had been slave masters became segregation masters. They took our freedom away from us; they began to lock up blacks by the thousands to do prison labor, farm labor—the whole range. They just put us back in slavery.

We finally, in 1954, broke the backbone—legally—of that system [with the Supreme Court’s Brown v. Board of Education decision], but we were never—there was never repair for damage done. Two hundred and forty-six years of slavery, then legal Jim Crow and [nearly] 5,000 lynchings without a conviction. And even today, discrimination by extension of that system has not completely ended.

So we had been fighting for repair. We fought against the barbarism for our freedom; now we’re fighting for our equality. We are the foundation of American society—not the bottom, the foundation. When the Declaration of Independence came, we had been enslaved for 157 years. We made cotton king. We are due a different kind of recognition.

Harris: And so the campaign idea just grew out of that history?

Jackson: The history of it, and its consistency. If you don’t deal with the damage, you can’t provide repair for damage. Slavery was damage. You couldn’t go to school; you couldn’t marry; you couldn’t own property. We were not mobile. We were enslaved while building the strongest economy in the world. The reason why the South wanted to break away in 1861 is because Southerners had become addicted to slavery. They were willing to create a whole new country, selling cotton and tobacco and rice to Britain and France. Lincoln knew if that happened, the nation would dissolve. To save the Union, he had to end slavery. When we were freed, we joined the Union army—Lincoln saved us, we saved Lincoln.

Harris: And so, fast-forwarding to now: As a House subcommittee has its hearing on reparations, how might that history affect it?

Jackson: I talked to [the Texas representative and H.R. 40 sponsor] Sheila Jackson Lee today, and I wish I had been a part of the testimony. Because what frightens me is that when people say “reparations” without [referencing] the [historical] predicate, it’s often confused as us wanting something for nothing. Whereas precedes therefore. Slavery, Jim Crow, and segregation is the whereas. If the whereas is there, the therefore is logical.

The sugar industry, the cotton industry was built on importing Africans. That’s a lot of wealth created there. We have to make the case for the whereas—and the therefore becomes much easier, you know? Whereas I am sick; therefore, I need more medicine.

Harris: In terms of the traction reparations has gotten over time, there have been peaks and valleys. With some of the 2020 candidates now supporting reparations, does anything feel different about the conversation?

Jackson: As you become more assertive at the polls, and [assume] more power, everything you recommend must be taken more seriously. People who have power are heard more clearly. We made a senator, against odds, in the red state of Alabama. We returned the Congress to Democrats. Our vote, or non-vote, will determine the next president.

There is now a different level of hearing about the same proposition. What [Jackson Lee’s] bill calls for is the study of the cost. We don’t know what the conclusion is yet—how much or what form it will take—but I know it’s substantial.

Harris: Do you personally have hope that there will be payment for that legacy of slavery?

Jackson: The truth of slavery—that Africans subsidized America’s wealth—that truth will not go away. It’s buried right now, but as each generation becomes much more serious, it will be grappled with.

Category:
In The News

Join Rainbow Push
Stay Informed
Please add
coalition@rainbowpush.icnironportaz3.com
to your email contacts so that you can
continue receiving emails from us.